Skip to content
Arthur Wellesley – the 1st “Duke of Wellington” – is one of the most famous men of the nineteenth century. The Duke was a decorated soldier and statesman – even becoming the British Prime Minister.
But what the Duke of Wellington is most famous for is being the commanding army officer of the British forces when they defeated Napoleon Bonaparte and the French army at the Battle of Waterloo in the year of 1815.
As a man of faith, the Duke of Wellington would regularly take Communion at his local church where the tradition was that parishioners would come down to the front and be served by the minister while the kneeled at the church’s alter.
And when the Duke of Wellington was at the table nobody else dared come forward until he had finished.
One day, at the height of the Duke’s fame and power, he was taking Communion when a poorly-dressed elderly man walked up one of the church’s aisles, and when reaching the Communion table, knelt down close by the side of the Duke of Wellington.
Immediately there was tension in the church, and a small commotion from the other parishioners present interrupted the reverent silence. 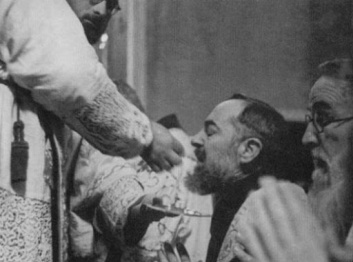 Someone came down and touched the poor man on the shoulder, and whispered to him to move further away from the Duke, or even better – to rise and walk away, and wait until the Duke had finished receiving the bread and the wine.
But the great army commander had seen the meaning of that touch on the shoulder and perhaps partly heard the whisper in the old man’s ear.
The Duke of Wellington quickly clasped the old man’s hand and held him to prevent the old man from standing up. In a respectful but firm whisper, the Duke of Wellington said to the elderly gentleman: “Don’t move…. We are all equal here.”
This story from two centuries ago illustrates one of the key messages of the Gospel – that “we are all one in Christ” (Galatians 3:28).
In a world of significant and increasing disparities – we regularly need reminding that in the eyes of our creator we are all loved and valued the same. There is no differences between black and white, rich and poor, male or female.
God loves each one of us equally – and the ultimate demonstration of that love is Christ’s submission to the cross for the salvation ofeveryone.
At the foot of the Cross of Jesus Christ – we are all equal there.

About this blog: David Riley is a Christian minister residing on the Gold Coast in Australia. This article is from his “Reverential Ramblings” series.

7 thoughts on ““Don’t Move!” – The story of the Duke of Wellington”