As a young boy Martin knew would one day he would be compelled to join the military. He was the son of a senior army officer during the time of the Roman empire, and it was expected he would follow his father’s career by the age of fifteen. Martin was always obedient to his family’s wishes – except for one thing…..

At the age of ten, young Martin started attending a Christian church and began contemplating the claims of Christ. This practice disappointed his parents, and while they hoped Martin would grow out of this interest in Christianity, they stopped short of forbidding him from attending Christian worship services.

The story is told of Martin as an 18 years old, riding with his army colleagues into the city of Amiens, in modern day France. On that bitterly cold winter’s day the soldiers were grateful for the exercise that was keeping them warm.

Martin was not just young in years compared to his seasoned army compatriots, but Martin was also young in the Christian faith. During his teenage years he’d been intrigued by the teachings of this man named Jesus and the idea that a Creator God could love mankind so much that He would become one of them in the person of Jesus.

As Martin rode along that freezing day his attention was diverted to a figure on the side of the road – just outside the city gates. An old man sitting and shivering in the cold – wearing only threadbare and torn clothing, insufficient at pushing back against the sub-zero conditions.

Martin stopped and pulled out his sword. The soldiers riding behind Martin stopped, thinking their comrade might put the wretch by the side of the road out of his misery. Instead, Martin took off his soldier’s coat and – using the sword – cut his coat in two from top to bottom. He gave one half of the coat to the beggar, and wrapped the other half around himself. Martin rode on, and behind him heard the sniggers of the other soldiers.

As Martin slept that night he had a dream. In his vision he saw the risen Jesus who was standing before in heaven in all His glory wearing only half a coat. In the dream Martin saw an angel ask Jesus where he’d obtained the coat from: “My friend Martin gave it to me” was Christ’s response.

The dream had a dramatic effect on Martin. He was baptised a short time later and went on to devote his life to the Lord, becoming a bishop in the early Christian church

Martin’s action over 1,600 years ago when he was young Roman soldier echoes the words Jesus found in Matthew 25: “Whenever you feed and clothe and visit and help someone else you are feeding and clothing and helping me.”

Today, as you continue your walk with Jesus and find yourself helping someone in need, remember this story and the need to interact with others as if you’re helping the very Creator of the universe.

About this blog: Pastor David Riley is a minister of the Seventh-day Adventist Church and lives on the Gold Coast in Australia. This article is from his “Reverential Ramblings” series – which you can subscribe to by clicking “follow” on this website.

Want to read more inspirational stories of faith from this series? Click here to read the inspiring story of how one soldier’s sacrifice changed an entire prisoner-of-war camp during World War II. 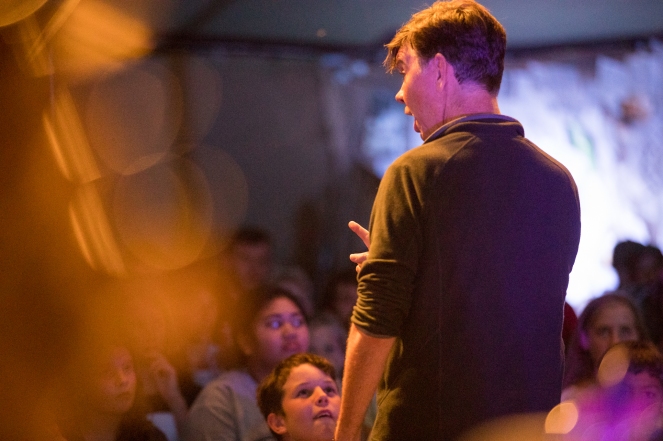