On the stunning Amalfi coast near Naples in Italy there are towns that cling to cliffs and wind their way down to the warm waters of the Mediterranean. At the end of the Almalfi road you’ll find the town of Salerno with an impressive cathedral dedicated to St. Matthew. 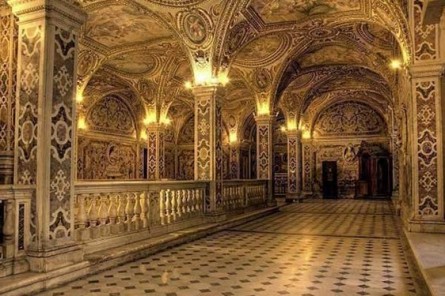 In this cathedral under the chapel lies a tomb built over a thousand years ago and is said to house the bones of Matthew – one of the original twelve Disciples of Jesus. Saint Matthew gave up a high income profession to follow Jesus and be taught by the Master for three and a half years. Matthew would later go on to write one of the four biographies we have of Christ’s life.

What’s particularly interesting is that to the right of the main alter in the cathedral is the tomb of Pope Gregory VII who died here in 1085AD.

Pope Gregory VII was famous for a number of things – including being especially arrogant and also very political. It was Gregory who first declared that the Roman Catholic Church was infallible – and had therefore never made a mistake in its decisions or understanding of the Bible. And it was Gregory who engaged in a political power struggle with King Henry IV – the young emperor of Germany. When it became clear to Henry that Pope Gregory had the upper hand Henry decided to go to the Pope to ask for forgiveness.

So the king made the long journey from Germany to Italy and arrived in the winter. When the king knocked on the door Pope Gregory made Henry stand outside in the snow, bare-footed and without any head covering for three days. And for those three days King Henry had to constantly repeat out loud “I’m sorry. Please forgive me!”

Picture that scene – the head of the church making a king grovel for forgiveness. Compare that scene with Christ who doesn’t make anyone beg for forgiveness but offers it freely and immediately to anyone with a genuinely repentant heart. In fact Jesus says in scripture that it is He who knocks on the door of our hearts and then waits for us to invite Him in (Revelation 3:20). Don’t leave our humble Saviour in the cold. Open the door, tell Him “I’m sorry. Please forgive me!” – and invite Him in to your life. 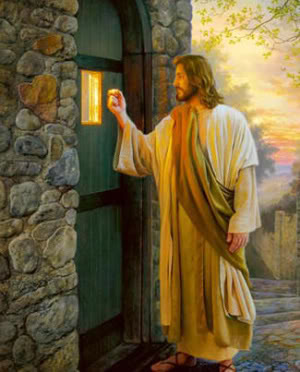